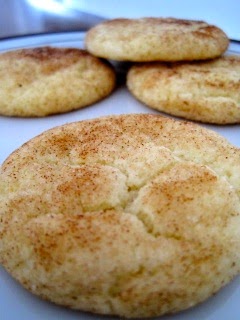 One of my favorite breakfast treats is a piece of toast slathered with melted butter and generously sprinkled with a mixture of cinnamon and sugar.

It is almost like eating a cinnamon roll every day for breakfast, but I rationalize that the toast must be healthier since it is not also coated with a layer of frosting.

Snickerdoodles are some of my favorite cookies when I am in the mood for cinnamon.  They remind me of my first baking experiences as a child.

The original recipe had shortening instead of butter, but my thinking these days leans towards eating things that I would also eat plain.  Butter - yes.  Shortening - no.


This recipe is my favorite recipe for snickerdoodles since it is made with butter.

Whisk together flour, cream of tartar and baking soda.

In a separate bowl, beat butter and sugar until light and fluffy.  Beat in eggs and vanilla.  Add the flour mixture.

Shape dough into 1 inch balls.  Roll in the cinnamon sugar mixture to coat.  Place on prepared baking sheet and bake 375 degrees for about 12 minutes or until lightly crinkly on top.  Makes about 50 cookies.

Popular posts from this blog 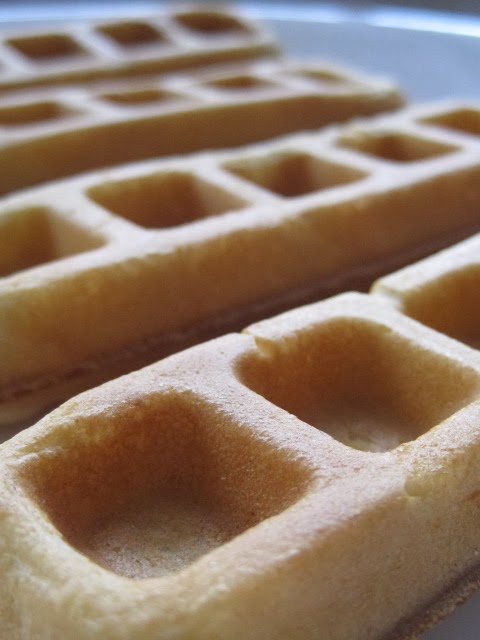 I cannot believe I haven't written about one of my favorite Christmas gifts this year!  It is a waffle stick maker from babycakes.  Each pan makes 4 individually shaped waffle sticks. For some reason this shape of waffle just seems to taste better and it is perfect for dipping in melted chocolate.

Make sure to cool the waffles on a rack in order to keep them crisp.  There are a lot of recipes for waffles on this post.  Experiment with your favorites.


Continue to the Recipe » 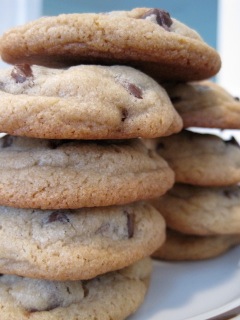 Continue to the Recipe » 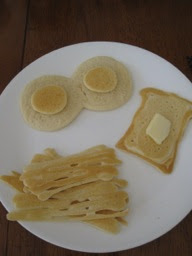 Extreme pancakes are so much fun to make.  I originally posted this on one of my old blogs Make Time for Family.  It is such a fun activity I am re-posting it to share with you.

It seems whenever we have a break from school it is time to get together with family or friends for a slumber party.  After a night of movies, games and not much sleeping, I usually make a big breakfast the next morning.

This week, we tried something that was inspired by the book Extreme Pancakes by Michael Goudeau.

It was so much fun!

I freely admit that I am not an artist and my drawing skills are about 1st grade level, but I still like to be creative so this is the perfect combination.

Continue to the Recipe » 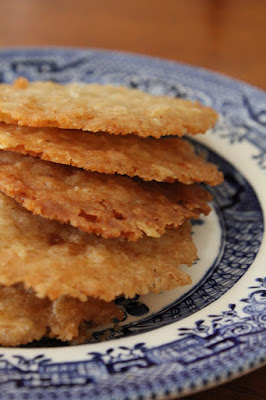 This cookie is incredibly delicious when it is baked just right. The edges are crispy with a melt-in-your-mouth coconut flavor.

When I created this recipe I hesitated to post it on the blog because so many things can go wrong! Be warned fellow bakers. This is not a cookie that will be successful just by following the recipe.

Follow your baking instincts like chilling the dough for a few minutes if your kitchen is too hot. Are you baking on a humid day? Add extra flour to compensate. Also, watch your oven temperature and check the baking time for that perfect moment when the edges of the cookies just start to caramelize. A few seconds too long will result in a burnt cookie!

When the cookies are baked, allow them to sit on the cookie sheet for a few minutes before moving them to a rack to cool.

If everything goes right, the reward of this extremely rich, delicate, coconut cookie is worth the effort. 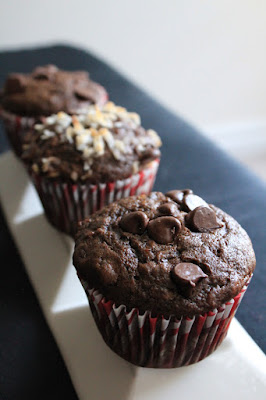 I recently watched Jamie & Jimmy's Food Fight Club on Netflix.  In addition to the great recipes, the concept of food waste was something that left me thinking more about what we do with our food.

The problem of food waste was emphasized again this week when I ordered a salad in a fast food restaurant. They put the wrong type of chicken on top. Instead of removing the topping and putting on the right one, they THREW AWAY THE ENTIRE SALAD!

This is not right!

What can we do to help stop food waste? One obvious way is to not throw away perfectly good food.

To create this recipe I started thinking about bananas (You know, the almost black ones that most people throw in the bin). With the bananas I also wanted to incorporate chocolate because well, it's CHOCOLATE.

The result is a moist, sweet, delicious muffin. Sprinkle a little bit of shredded coconut on top and this is now one of my favorite muffins!